What you need to know about trailer and tow vehicle specifications

Failure to abide by the towing regulations, including maximum loads, may result in a fine, or in the case of an accident, refusal of the insurance claim, and the possibility of further legal action.

A vehicle’s towing capacity is determined by its manufacturer and is based on factors such as the design of the vehicle, the vehicle’s rear axle load, the capacity of its tyres and the effect the laden trailer will have on the vehicle’s attitude, stability, durability and overall safety.

The maximum trailer load will be specified to ensure the combination is controllable and that it will not significantly shorten the life of the vehicle’s body and mechanical components.
Vehicle handbooks generally provide the following information:

The maximum towing weight specified by the vehicle manufacturer equates to the trailer’s ATM. However some vehicle manufactures confuse matters by specifying towing capacity in terms of Gross Trailer Weight, which is another way of saying it, refers the trailer’s Aggregate Trailer Mass. Do not confuse the term Gross Trailer Weight with Gross Trailer Mass as in this regard they are different things. ATM and GTM are defined above as well as in the relevant legislation.

Tow Ball Load is the proportion of the trailer weight that is applied to the rear of the tow vehicle. A vehicle’s Ball Load specification will be found in the vehicle’s handbook and will be listed as a weight in kilograms or as a percentage of the trailer’s ATM.

Ball Load specifications are often around 10% of the maximum towing mass specification however, this isn’t always the case – some may have a lower Ball Load while others may have a higher Ball Load. European vehicles in particular can have quite low allowable Ball Loads in relation to their towing capacity. Too little Ball Load can cause the trailer to become unstable and too much can be detrimental to the tow vehicle’s durability as well as affecting its stability, steering and braking.

A Maximum Axle Load specification is sometimes given for vehicles, such as utilities, that are capable of carrying a load over the rear axle in addition to the load imposed by the trailer (the Ball Load). In cases where the total of the Ball Load and the load in the vehicle exceeds the allowable Axle Load, it will be necessary to reduce the load carried or, in some cases it may be possible to rearrange the trailer’s load, though it will be important to ensure trailer stability is not adversely affected by moving the load too far rearwards.

Some vehicle manufacturers impose reduced speed limits when towing. This may be across the board or it may be when the weight of the trailer exceeds a certain limit. Where such limits apply, this typically means that the vehicle is restricted to a maximum of approximately 80km/h, so it’s important to factor this into your purchase decision, particularly if you are intending to tow a trailer long distances.

All tow bars made after July 1, 1988, and many made before this date, will have a plate attached that lists the maximum towing weight, the maximum ball load, and the make and model of vehicle the bar was designed for.

It is common to find tow bar specifications that differ from those given for the vehicle. This usually occurs where the bar is made for a number of different models in the range, or where light and heavy-duty tow bars are offered for the vehicle.

When dealing with older unmarked tow bars, it can be difficult to determine the bar’s capacity. We recommend in this case that you discuss the matter with a reputable tow bar manufacturer who may be able to provide professional advice about its suitability for the application.

Where to find towing specifications

Trailer
The trailer ID plate will list at least the ATM and sometimes more information.

For trailers without an ID plate check the registration papers.

Note that additions and modifications can greatly affect trailer weights and we would always recommend confirming specifications by having the trailer weighed.

For older, unmarked towbars a towbar manufacturer or installer may be able to assist.

GTM will always be less than ATM as some of the trailer weight is transferred to the tow vehicle when the trailer is coupled to it.

All new trailers, including those that are home made, built since August 1989 are required to have a plate listing, amongst other things, the trailer’s Aggregate Trailer Mass. Some trailer plates will also show the Tare Weight (the un-laden weight of the trailer) and the GTM.

Trailers built before August 1989 may carry little or none of this information.

Your tow vehicle must have sufficient capacity to tow the fully laden trailer.

Ball Load is the amount of weight the fully laden trailer imposes (vertically) on the tow bar of the tow vehicle. Trailer Ball Load is not a specification defined by the trailer manufacturer – it is the actual weight imposed on the rear of the tow vehicle and as such is a function of the trailer’s axle position and the manner in which it is loaded.

While there is no requirement to list a trailer’s Ball Load, it can be measured at a weighbridge by disconnecting the fully laden trailer from the tow vehicle and resting only the trailer’s draw bar (via the jockey wheel) on the scales. Alternatively, some caravan dealers have special ball mass scales for this purpose.

Some caravan plates show Ball Load at Tare. This is the ball load when the caravan is empty. It is not helpful in determining the ball load of the laden caravan.

Ball Load can be measured at a weighbridge by disconnecting the fully laden trailer from the tow vehicle and resting only the trailer’s draw bar (via the jockey wheel) on the scales. Alternatively, low cost ball mass scales are available for this purpose.

Payload is the trailer’s carry capacity. It’s the difference between its Tare Weight (un-laden weight) and its ATM. Payload is important for all trailers, however it is critical to campers and caravans, many of which have quite limited carrying capacity to start with. Modifications and additions to the trailer can very quickly eat into its carrying capacity and result in an overloaded trailer, or the inability to legally carry necessary items.

in Caravan Tips
5 TIPS FOR A CARAVAN TRIP 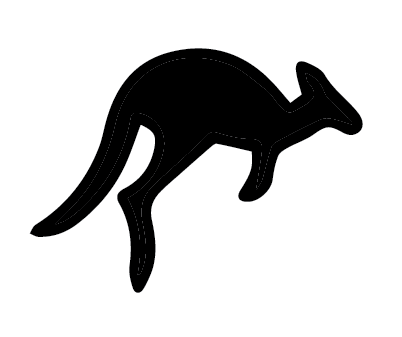 Made and manufactured in Melbourne, Australia.

Built with attention to detail and high quality. 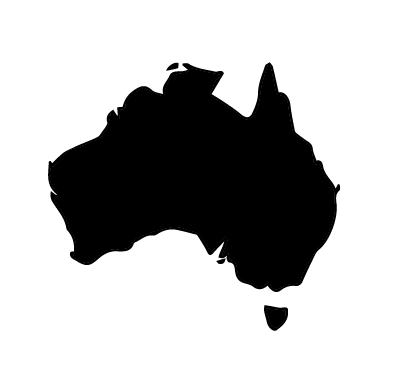 Offering a nationwide warranty so you can have peace of mind.